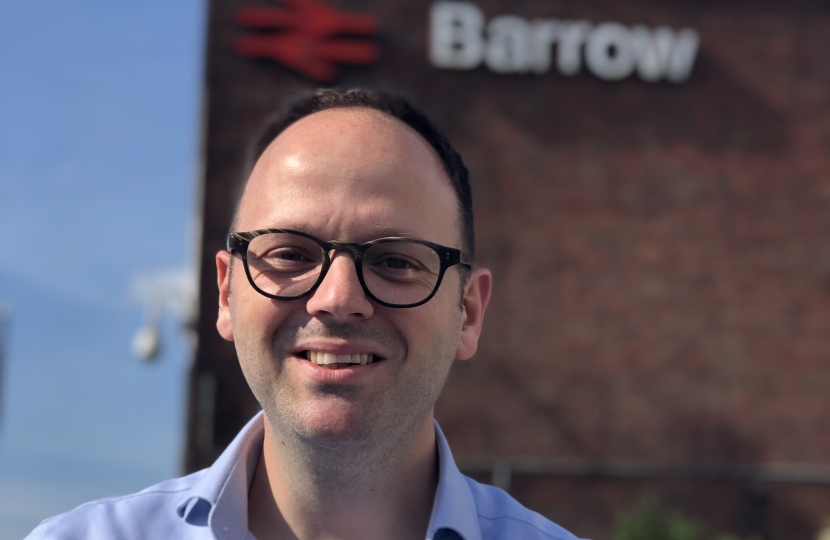 Simon Fell has welcomed the announcement from the Transport Secretary that the Furness Line is to be included in the largest rail modernisation programme since the Victorian times.

The Transport Secretary confirmed that commuters in Barrow and Furness were to benefit while giving evidence to the Transport Select Committee in Parliament on Wednesday.

Grant Shapps confirmed the government’s commitment to upgrading capacity on the Cumbrian Coast, which will transform local rail services.

The Conservative Government are currently investing a record £48 billion in the nation’s railways – improving reliability and punctuality, upgrading trains and allowing passengers to benefit from quicker, more comfortable journeys.

“I am delighted that the Conservatives are prioritising the Furness Line and Cumbrian Coast as part of our plans to upgrade the nations’ railways – this will significantly improve rail services for local people and make a real difference to Furness.

“I have been lobbying hard for the Transport Secretary to prioritise our railways and spoke to him only last week on the issue. Fast, reliable trains are vital, not just for boosting local growth, but to making areas like ours attractive places to live and start a business.

“For too long we’ve been held back due to poor transport infrastructure. This levelling up of our infrastructure is the start of what I hope will be a major programme of investment in Barrow & Furness’ road and rail capacity. I’m grateful for the Government’s support of Barrow & Furness.”