Simon Fell outlines his plan to level up Barrow’s infrastructure 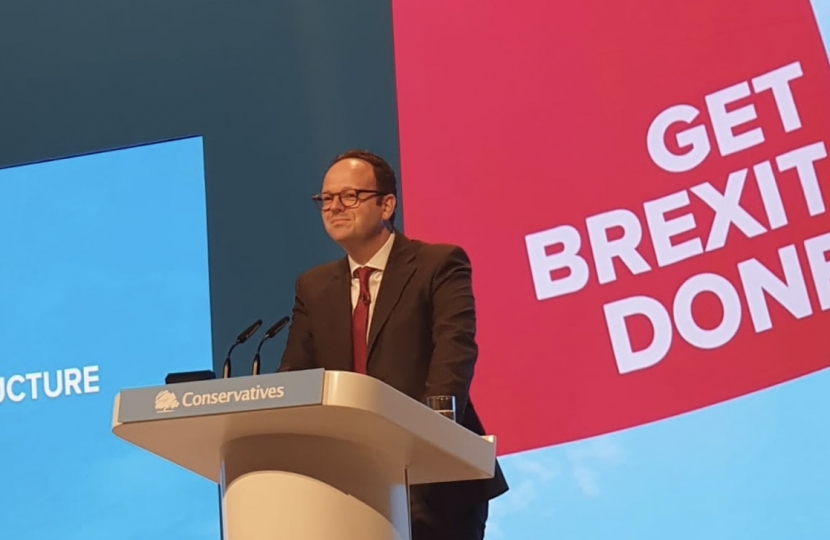 I’m honoured to be standing here as the Conservative candidate for Barrow and Furness.

Now, I appreciate that many of you at conference may not know all that much about the Furness Peninsula, so bear with me while I give you a whistlestop tour.

Barrow and Furness is an amazing place. We’re on the Cumbrian coast off the Irish Sea  - host to the largest offshore wind farm in the world. We have some of the most beautiful nature reserves and countryside you could imagine, a stones throw from the Lakes. But we are also a centre of engineering and manufacturing excellence. As I speak, Barrovians are building the next generation of our nuclear deterrent. Barrow is a proud ship building town.

Hidden away, geographically remote, and at the end of a very long road - often called the longest cul de sac in England - Barrow in Furness is an honest to goodness Northern Powerhouse, punching well above its weight.

Now I’m proud of the investment that this government has put into Barrow and Furness’ infrastructure over the years. Most recently we’ve seen new rolling stock on the Furness Line. An end to the hated Pacer trains. FINALLY. A Sunday service between Barrow and Carlisle. 11 direct trains to Manchester Airport a day. I’m not going to pretend that the service that Northern provides is great, but it’s a sea change from only 18 months ago.

And we’ve seen significant upgrades across the area - long term flood management in Ulverston and Lindal, the resurfacing of Jubilee Bridge to Walney, and plans to add a new roundabout at Pennington and further  dualling to the A590.

So - there is a good story to tell on infrastructure investment. But I want to take this opportunity to address is what’s missing.

When Storm Desmond hit, our one road out of town - the cul de sac I mentioned earlier - was cut off for days. When there’s an accident on the A590, you often can’t run a contraflow system.

Just two days ago, the Furness Line flooded and trains couldn’t run from Lancaster to Barrow.

If you work up the Cumbrian coast at Sellafield, for example, and live in Furness then you’re caught between a rock and a hard place. Do you take an unreliable train service or do you commute along an a road that literally takes you through a farm yard?

We shouldn’t be forced to make this choice. Northern constituencies like mine need - to coin the Prime Minister’s phrase - levelling up.

Barrow is growing at an astounding rate. The Dreadnought submarine programme is bringing more jobs and more people into our area.

Our port is set to grow by 40% in a decade. Offshore wind energy is continuing to grow. Businesses across the peninsula are thriving.

But this isn’t sustainable when a single road traffic collision  can block our main artery in and out for hours. Or when our only rail line faces delays, disruption and cancellation. Or where Walney Island, where over 10,000 people live, is served by a single bridge on and off.

There are too many single points of failure. And for a significant contributor to the Northern Powerhouse, and to our national defence, that is just bad planning.

So, my ask of you is to look locally. Northern Powerhouse Rail is a fantastic idea. But it won’t touch us. We need a fair shake from the government. A recognition of what a remarkable place we are. And, assistance in delivering a South Cumbrian industrial strategy that secures our future.