Simon Fell on the latest from Parliament (December 2018) 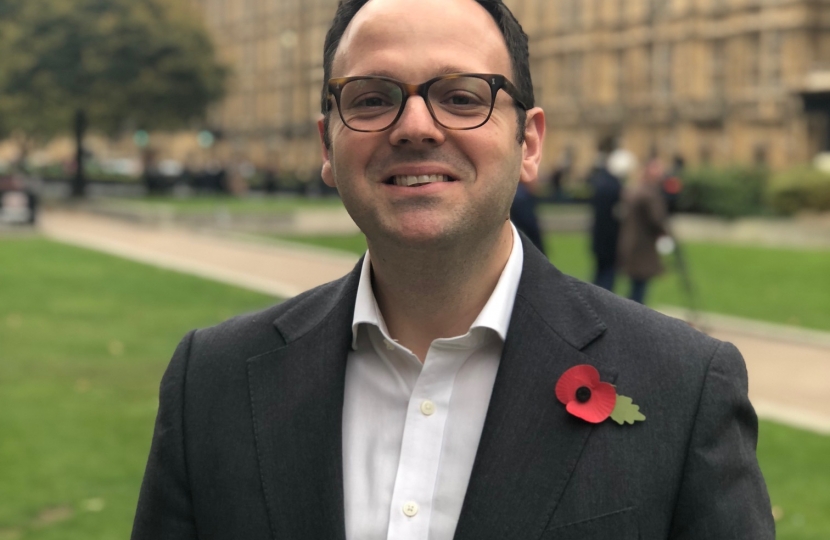 Before I inevitably go on to discuss Brexit, a brief reminder that our party is quietly getting on with the hard job of governing – and doing it well. This may be getting drowned out in the media, but it is important as voters will judge our party on delivery.

A random sampling, then, of announcements made since our last newsletter and which will impact people’s lives far more quickly than Brexit. We have:

* cut the maximum bet at Fixed Odds Betting Terminals from £100 to £2 from April (FOBTs are known as the ‘crack cocaine’ of gambling and linked to problem debt, mental health issues and suicide);

* topped up Universal Credit by almost £2bn (to ensure that no family falls through the gaps in the transition to UC);

* backed the £25 ‘Submarine Academy’ in Barrow, backing local skills and talent to work in the Yard, and

* increased councils’ ability to borrow to invest in new house building (allowing them to meet local demand and loosening the grip of the big developers).

But despite those positive moves, it is Brexit that dominates the headlines and Brexit that is taking up the government’s ability to operate.

We’re now in the endgame of a complex negotiation between not just the EU27, the European Commission, and the British Government, but also between Parliament and the British people.

Few could deny Theresa May’s tenacity and endurance as she has led negotiations. The PM has tirelessly battled to get the best outcome for the UK, while trying to bring together a nation that has been damaged both by, and since, the referendum.

We must remember that while Barrow & Furness, and the UK, clearly voted to leave the EU, what ‘leaving’ actually meant is different to many who put a cross in the box. As Penrith’s MP, Rory Stewart, has discovered, to mention Brexit on TV or social media is to face insult and threats from both leave and remain camps. Perhaps the only clarity in this debate is that our nation needs badly to heal once this process concludes.

Theresa May’s deal is a compromise. But it ends free movement and offers single market access, stops ongoing payments to Brussels, gives back control of our fishing waters, and takes us out of the Common Agricultural Policy. Had David Cameron returned from his negotiations with the Commission with these terms, I firmly believe the UK would have voted to remain in the referendum.

Is this enough though? Ultimately you will have to take a view. I consider it a pragmatic but flawed deal, as any compromise will inevitably be. I truly hope that the EU provides the comfort we seek on the backstop to get this deal through.

Having tea with some friends last night, the subject of Brexit came up. Of the group of us, there was an ardent remainer, a proponent of a second referendum, a bullish leaver, two mild leavers (myself included) and two who wouldn’t declare except to say that they wanted this process to be over. All were firm in their views and unwilling to yield to those who thought differently.

That conversation is happening time and again over breakfast and dinner tables throughout the UK, day after day. And answering those arguments with a workable policy is the thankless, and frankly impossible, job of the Prime Minister.

It is the duty of our MPs (bound by the referendum result, and the Tory and Labour manifestos in 2017) to work together to deliver Brexit. I fear the consequences for trust in politics and our democracy if they do not.

I have the upmost respect for our Prime Minister who, day after day, performs a public service that would break most people. I hope that she allows herself a few days break over Christmas.

As ever, if you have any thoughts, drop me an email at: simon@simonfell.org. I’d be interested to hear your views.

Finally, may I take the opportunity to wish you and yours a very Merry Christmas from myself, Pippa and Peg. I hope that you manage to take a break from politics and get a well-deserved rest.