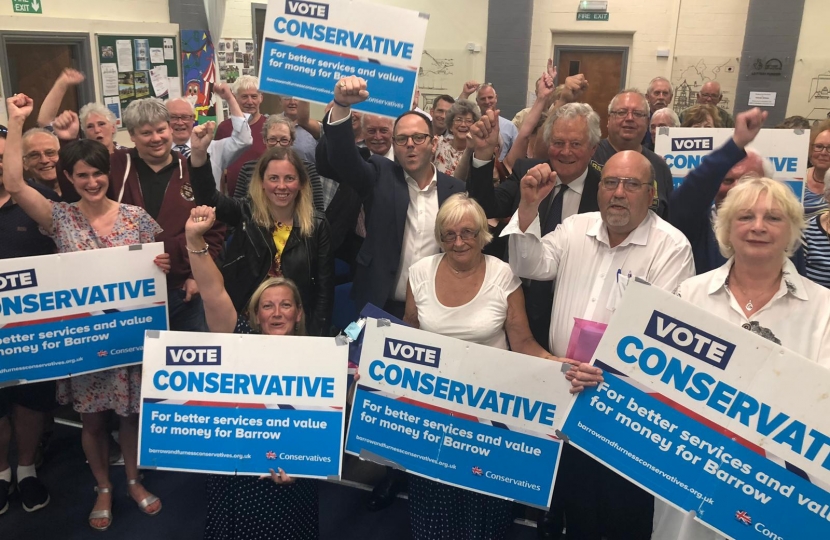 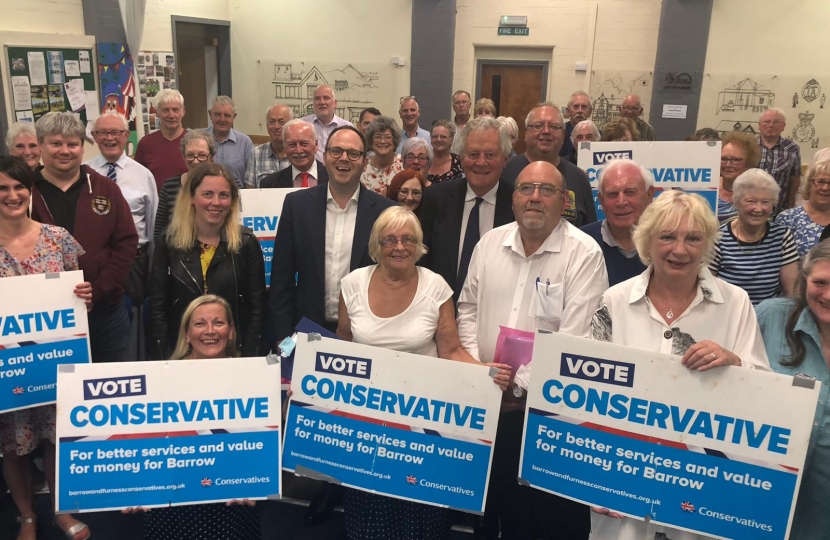 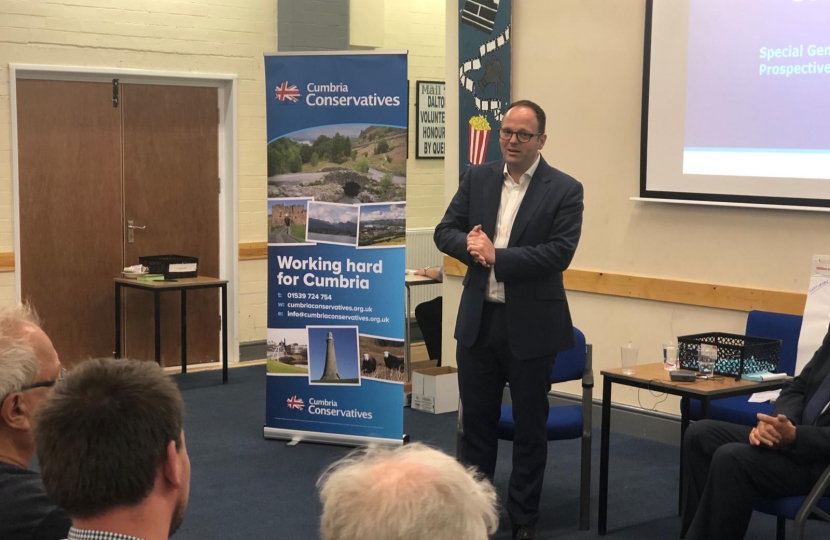 Mr Fell is Chairman of the Barrow and District Credit Union and a Director of fraud prevention agency, Cifas. He is married to Pippa and has a 3-year-old, Peg with another on the way. Since 2015, Mr Fell has reduced the Labour majority in Barrow to just 209 votes.

Speaking after the selection, Simon said:

“I’m delighted by the result tonight. For too long Barrow and Furness has not had a strong voice representing it in Westminster. Furness needs an MP who will work constructively with the government to deliver the changes we so badly need in our road, rail and broadband networks, who can secure the funding we need for our vital public services, and who will champion the world-class industry in our area.

“Jeremy Corbyn’s Labour Party offers nothing for Barrow except uncertainty. He wants to shutter our largest employer and will decimate our local economy and public services by doing so.

“I’m looking forward to finishing the job we started 5 years ago and turning Barrow blue once again.”

Speaking after the selection, Chair of Barrow and Furness Conservatives, Andrew Butcher, said:

“Local Conservatives overwhelmingly voted for Simon. This is absolutely the right result. He is passionate about the area that his family have lived in for generations and has a positive vision for what Barrow and Furness can become. I look forward to seeing him elected in due course.”