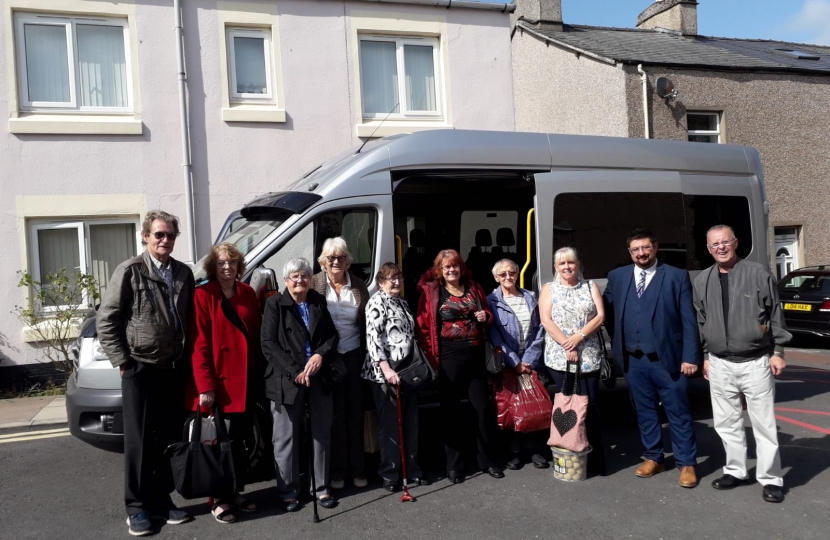 A political party has raised money so that local senior citizens can have a day out up the lakes. More than a dozen residents of Anchor Court, Dalton in Furness, were treated to a coach trip up to Ambleside and ice cream on the coast road.

County Councillor Des English (Conservative, Dalton South) organised the fundraising effort to pay for the trip. Commenting, Cllr. English said "I just wanted to give a little something back. I'm a Dalton lad myself, and my family business was built up here. It's a great town and I am proud to represent this place on the County Council."

Last year, the Barrow and Dalton branch of the Furness Conservative Association raised more than £600 for the Downs Syndrome Society. This year they decided to raise money for senior citizens in their community. Through coffee mornings and collecting donations, the Barrow and Dalton Conservative party raised enough money to hire a coach and treat everyone to ice cream.

Cllr English was joined by the Mayor of Dalton with Newton, Cllr. Nick Perie. Commenting, Cllr. Perie said "It was a brilliant day! Everyone enjoyed it, and one person said to me that it had been years since they'd had an ice cream outside. Thank you to Cllr. English for organising this."