Simon Fell: Youth unemployment has halved since 2010, as wages continue to rise 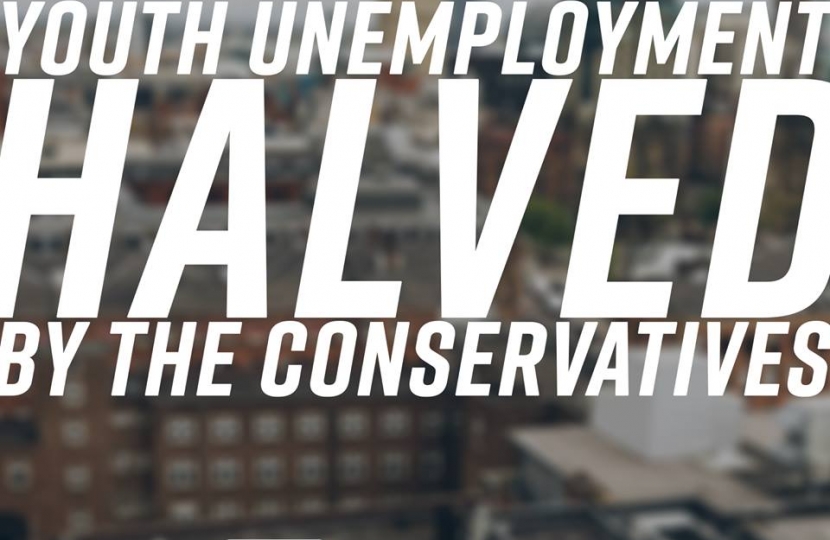 Figures released today show that youth unemployment has fallen by over a half since 2010 – while the unemployment rate remains at its lowest level in over four decades.

Latest figures show that wages have risen at the fastest pace in nearly ten years. And wages have increased ahead of prices for the seventh consecutive month, helping families keep more money in their pockets.

Simon Fell has welcomed the new figures which show that, in Barrow and Furness the number of people who are unemployed has fallen by 1,000 since 2010 – an overall reduction of 1.6 percentage points.

“Under the Conservatives, the number of young people out of work has halved and wages have risen at their fastest pace in nearly a decade. This means more people have the security of a higher-paying job.

“Thanks to our reforms, we are getting more people into work – and through our modern Industrial Strategy, we are backing businesses to create jobs across the whole country.

“Labour don’t know how to handle the economy and we know what that means from last time – more debt, more waste, higher taxes and fewer jobs.”

Esther McVey MP, Secretary of State for the Department of Work and Pensions, said:

“This month’s figures show youth unemployment has fallen by a whopping 50 percent since 2010, down to a new record low, showing our welfare reforms are working and giving young people a better future.

“We want to empower young people; open up new career opportunities – and deliver a brighter future for them. These Conservative employment successes haven’t happened by accident, just as Labour’s repeated employment failures don’t either.

“And every part of the country has seen employment rise since 2010. Unlike under Labour where the number of households where no one had ever worked almost doubled.”