SIMON FELL ELECTED AS CANDIDATE FOR BARROW AND FURNESS 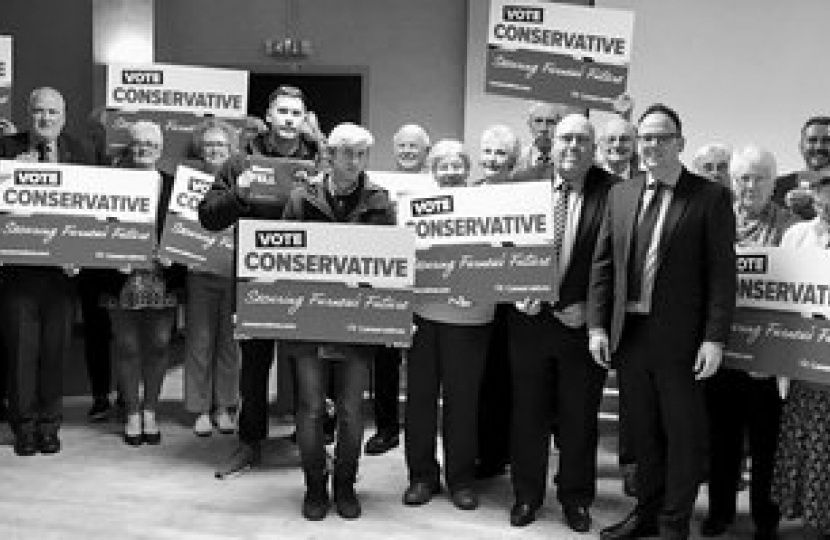 Following an meeting of the Barrow and Furness Conservative Party, Simon Fell was unanimously voted in by its members as the Conservative Candidate for the General Election on 8 June.

Speaking after the meeting Andrew Butcher, Chairman of the Association, said:

“It was an easy choice for our members. Simon gave a great presentation and has already proven himself to them. Thanks to his leadership we came together as a team and nearly won in 2015. He’s not your typical Tory and will be a strong voice for Barrow. I’m confident that Simon will soon be joining Theresa May in Westminster.”

“It’s a huge honour to have been chosen as the candidate for Barrow and Furness.

“This election presents a simple choice between the stable leadership of Theresa May or the chaos of Jeremy Corbyn’s Labour.

“My focus is to secure the unprecedented investment flowing into Furness and to ensure that it works for everyone. We simply can’t risk Barrow’s future to Jeremy Corbyn.

“I’m looking forward to getting out on the campaign trail and talking about the issues that matter to the people of Furness. I’m passionate about tackling long-term poverty, supporting vulnerable people and working to put Barrow on the map and get us the vital improvements in infrastructure which we so badly need.

“I’ll be fighting for every vote. As we’ve campaigned in the council elections, three issues have popped up time and time again on the doorstep: securing Trident; getting a good deal from Brexit, and ensuring that young people have the opportunities they deserve. Only Theresa May’s Conservative Party has the plan to provide the secure, stable leadership to deliver on these issues for Furness.

“We have a huge mountain to climb between now and June 8th. I look forward to fighting for every vote.”