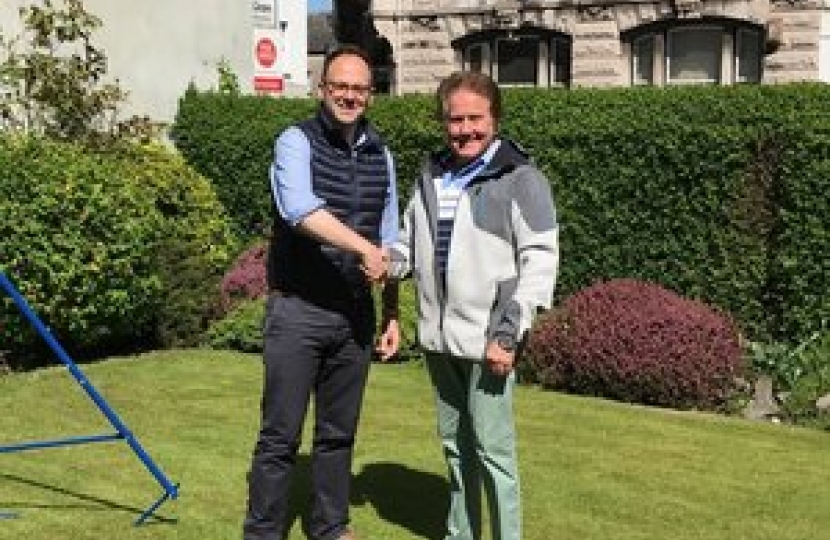 Barrow Borough Councillor Gordon Murray, who represents Dalton South ward, has switched his allegiance to the Conservatives and Simon Fell due to the disastrous policies of Jeremy Corbyn’s Labour Party.

“Every councillor should back the area they represent to the hilt and fight for it to succeed. But Jeremy Corbyn’s Labour Party only seem to want to shut Barrow down.

“Only the Conservative Party backs Trident and the investment coming into our area, meaning more local jobs and a strong local economy. I want to fight for Dalton residents in the most effective way possible - by joining the only party that backs our area.

“I can’t wait to get on the campaign trail with Simon Fell, campaigning for him to get to Westminster to sell the positive things that Barrow does to the Government.”

“I’m very glad to receive Gordon’s endorsement and welcome him into our Conservative local team.

“Now more than ever it’s important that we have a strong voice to fight for Barrow both locally and nationally. Gordon will continue to be a great champion for Dalton in Barrow Council for the prosperity that Jeremy Corbyn’s Labour party seems to determined to put at risk.