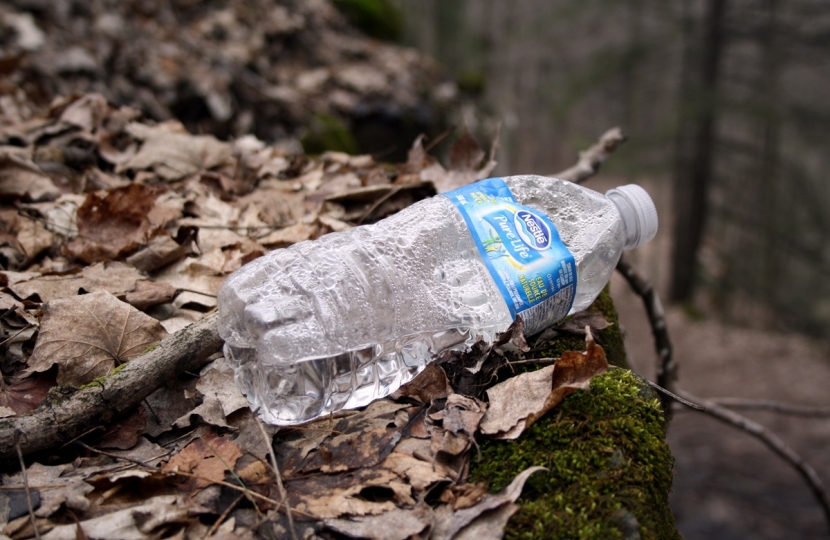 When it comes to plastic bottles alone, Britain is thought to use nearly 40 million bottles a day – but only half make it to recycling with 16 million going in landfill, burnt or dumped before washing out to sea.

The Government measures, which aim to curb plastic waste, include:

•Plans for the introduction of a deposit return scheme for plastic bottles, which will be introducedsubject to consultation later this year.

•A ban on the manufacture of products containing microbeads, which came into force on 9 January,and a ban on their sale which will come into effect in July.•Increasing the maximum on-the-spot fine for littering from £80 to £150, which took effect in April.

Councillor Airey, who is also a South Lakes farmer, said: “More than 80 per cent of the eight million tonnes of plastic waste that ends up in our oceans comes from the land. Tackling the scourge of plastic waste is crucial to protecting our marine environment. “Alongside innovative industry solutions like the world’s first disposable coffee cup recycling scheme developed by local firm James Cropper PLC, the measures the Government is taking will help to reduce the harmful effects of plastic waste on our environment.”