Dalton and District Horticultural show a success after councillor's support 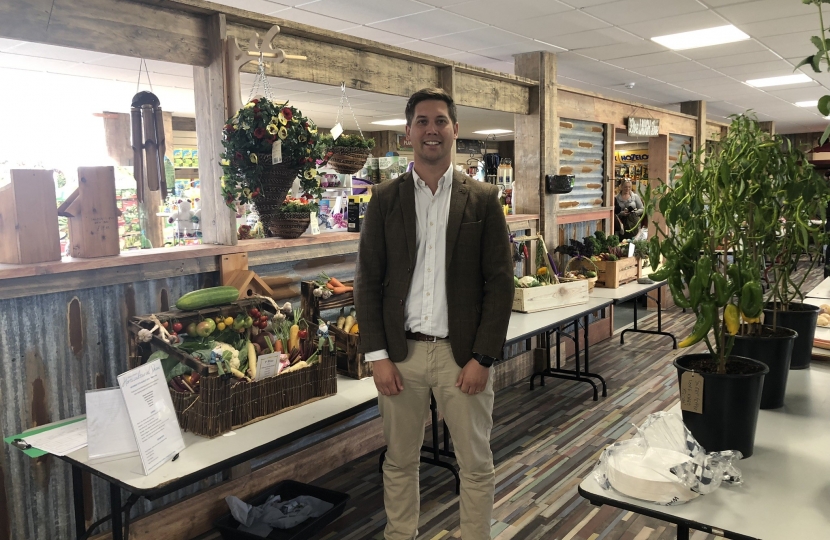 A horticultural society was able to hold it's annual show, last weekend.

At a packed garden centre in Dalton, members of the Dalton and District Horticultural Society proudly showed off their organic flowers, vegetables, hampers, fruit and more. They even presented a new chilli pepper which has been created together with another person from the south of the country.

The event was in jeopardy though, after a fire at the allotments where the society is based, near Dowdales School in Dalton. Shortly after the fire, one of the society's members made contact with County Councillor Ben Shirley (Conservative, Dalton North) and asked for help in securing funding for a new base, to replace the one which was devastated by the accidental fire.

Commenting, Cllr. Shirley said "I was contacted by Gary and Don from the society about the fire. They asked me if I could help in any way. They were pretty desperate and they had concerns about being able to grow everything ready for their annual show. They didn't want to let anyone down"

Working together with Cumbria CVS, Cllr. Shirley was able to secure funding from the Sir John Fisher Foundation and the Eric Wright Foundation so that the society could build a brand new centre and get cracking with growing crops for the show.

Cllr. Shirley said "I went to see them shortly after the fire, so that I could see the full extent of the damage and find out what it was that I could do to help. They're a great group and they help to reduce social isolation, improve people's mental health, teach people new skills and they welcome people from all walks of life, young and old. They welcome schools on their allotments and they help teach the kids about the importance of homegrown crops and food sources - essentially things aren't grown in supermarkets!"

As a thank you for his support, the society invited councillor Shirley, along with the Mayor of Dalton with Newton councillor Nick Perie, to judge at the event. The show was a huge success and work is underway for next years event.